How To Understand And Create Your Reality

LOVE: THE ONLY PIECE TO LIFE’S PUZZLE

I had some strange experiences over the Christmas, period, so in an attempt to understand, and remember, i am recording, the sensations, of these experiences, in the hope that if anyone else is experiencing these, things, my own experiences may help them,  or and they may help me also. 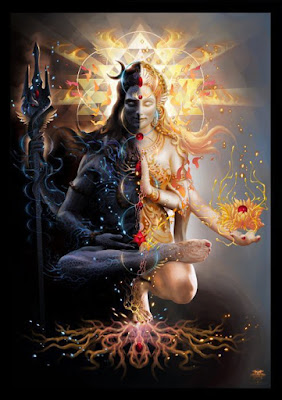 my attention, was caught in my bedroom, by something, flying around, my light bulb, on looking up, i noticed the bulb had changed to a golden colour, and there was a fine golden dust falling through the air, making my skin, soft, shiny, and glowing,  my eyes felt sore and itchy, rubbing them, too late I realised it was angel dust, i have experienced this a lot in the past few years, and when it gets in my eyes, it stings like onion juice, anyway, I realised I was being called to light gaze, so i got comfortable, and gazed into my bright light bulb, which is a halogen bulb with a central crystal inside. i could see the energy around the light bulb, whizzing about in coloured lines, then i closed my eyes and watched the light spot floating about, following, it as it went up, down, side to side, as if they were checking I was paying attention. which I was, so the bright light spot I was following, changed shape, and split up into several light spots, making symbolic letters, numbers, codes, for me, too fast for me, to actually record, but I did recognise some of the codes, being in, Hindi. Indian, text.

I opened, my eyes again filled them with light and closed them, then I saw, a blue light coming towards, me getting closer, there was a huge eye, looking into mine, I recognised the god, and greeted the god archetype, giving permission for him to enter, my energy. as he came closer I saw a naked pale skinned, woman, next to him, but she was facing away like she was walking away, I saw her long flowing dark hair, but as he came closer to me she walking backward and also came closer, as the god/goddess both came into me.  Looking them up on goggle as i wasn’t sure who they were I found, they were Shiva, and Shakti,   but the merged twin flame aspect of them, Ardhanarishvara .

I went for a moonlit walk with my son, down the stony road, the moon wasn’t quite full but was a clear evening, and we were amazed, by the moonlight. it was so bright, and so big, there was a cloud halo ring right around the moon. Inside the halo was light and the moon in the centre, no clouds, outside the huge ring, of clouds  was the normal British cloudy sky, clouds scudding across the stars. we stopped and starred up at the amazing sight, so bright, we even had shadows on the road. I felt it was an omen, maybe a portal , for energies, coming in. We carried on walking home, and I went to bed, slept well.

Now on waking, up early, 5am, I had a strange sensation, a little bit embarrassing, and unusual to say the least, but let me put it this way, I seem to have an extra body, part, albeit ethereal, and invisible, but manifested enough for me to be able to sense and feel it, getting in the way, I felt this fullness, and, bulge between my thighs, and was unable to close my thighs together properly as there was a soft, sack in the way….  I wasn’t able to feel it with my hands, but I wasn’t able to cross my legs properly either, so real enough to be, … noticeable. Closing my eyes I peeked at myself through my third eye and sure enough I had mans parts, superimposed, over the top of my own, woman’s, parts,  o.o

Now I had been expecting something to manifest on this night as most of the spiritual sites had predictions of twin flame reunions. But I wasn’t expecting it to be quite like this and had no idea, whose men’s bits I had merged with.  So ok the twin flame reunion for me was soul merging, with my spiritual male twin aspect. But surely, the soul I had merged with must have a physical form, somewhere,  being curious I tickled my etheric men’s parts,. … To see what would happen, …  and I felt a reaction, it kind of felt like it jerked, and moved, several times… giggle,s blushing,… so there must be a physical manifestation of the body somewhere and he must have felt the tickling, lol, … Anyway, moving, on, not much else seemed to happen, over the next few days, though I was still aware of my men’s parts and them getting in the way of things. I gradually got used, to them.

I woke up to the new year, a new morning, feeling good, when i found I had two heads, one being etheric, and superimposed over the top of my physical head, being a male one. I did recognise some of the features, being a very good and wonderful friend, of, mine, but was only able to see through my third eye, parts of his face, so i could not be sure who it was, though I knew he was my twin aspect.

I have experienced several times, partial soul melds with my flame in different aspect’s over the past few years. Both times, he got scared and pulled away and ran so this having two heads thing wasn’t so new to me, but having the lower parts was. lol, I keep kissing my hand and touching my cheek knowing i was touching his cheek. I also noticed that my hands felt different as well, and when I touched myself, caressing, it felt different, like someone else was touching me. smiles. Still unsure of who the physical body could be currently,  as over the years,  he would walk in to a body and walk out, leading me a merry guessing game.

I didn’t sleep well at all, and woke up feeling like the back of my head had been sliced off and stuck back on again. I had such a headache, and stiff neck. I could still feel/see the superimposed face of my twin flame aspect over my head, but slightly to the right of me. But when I closed my eyes the energies were chaotic, it was like two storm vortexes, churning in two different directions and merging, partially. I was unable to think straight, unable to talk properly or spell correctly, and really tired, so I took some painkillers, had a nap and in my sleep I was advised to listen to some solfeggio frequency music to calm the storms in my merging energies. Seeking out a friend and then listening to the sounds which helped partially to calm me down. Then sleeping some more I had a deep relaxing bath, feeling exhausted, with the head pains, having double vision, feeling sick. I went to bed early thinking I’d got a migraine,

Slept badly again, woke up with the pains still in my head, still dizzy, disorientated, taking painkillers, to be able to cope, I started to feel energy traveling up and down my spine and entering my skull through the cortex, traveling about inside my head.  Asking around some friends thought it might be kundilini but it was too painful and wasn’t sexual, although saying that, all that night, i had been getting these sensations making me sigh out loud, blissful sensations throughout my body, about 7 times. it was like a spiritual orgasm so if it was kundilini energy I was feeling then it was fine up the front of me – whizzing fast and nicely, but there were blockages up my back. A friend, talked me through a meditation to help me to ground. This helped a little, as i was meditating, i saw dragon serpents traveling through me, grey/brown, coloured, with spiky wings, I also saw a snowy tipped volcano, with smoke covering the top. My tarot cards also confirmed, chaos dragons traveling through me, then I also saw Ganesha, rampaging through my energy, clearing away blockages,.  I had another bath, and slept, more.

Bad night again, feeling really dry, aching joints, back and neck.  I felt like I had been beaten across the back of the neck and spine with a truncheon. My head was still hurting, double vision still, disorientated, confused feeling, and still taking pain killers, though the head pain is less now, and more in my hips and shoulders, neck. Resting a lot, sleeping a lot, I had a vivid dream to make chili con carne, and use a lot of spice, so I did exactly that for dinner, everyone enjoyed it, lol. Also making golden milk drink, using the spices, to clear my sinuses, and help my joints which are creaking cracking and crunching, like, a rusty robot. I had a song playing through my head, all the time I slept , so I had to listen to it on you tube, “the windmills of my mind”. This was spirit telling me to meditate, so i got comfy and did that. As I walked within myself, through deep dark caverns, wondering why spirit wanted me to come here, i found my sleeping shadow, dragon, who opened a sleepy eye, looked at me grumpily for disturbing, him, as he closed his eye again, and went back to sleep, ok, so i left my inner caves, and came out of my meditation, but i did, feel, more, relaxed and, completed,

I felt more balanced and realised that the reason I’d felt so much pain, was because, we were out of alignment and still off balance. So I visualised us becoming aligned. I felt a lot better, though still bruised from the last few days energies.

Feeling a lot better today, I am fully merged, completely i think. The head pains have nearly gone, but I am feeling a fluttering in my heart, i can feel two hearts one over the top of the other, one beating loudly the other more fluttery and weaker, still resting alot, weak and wobbly legs, and sleeping alot, still on the pain killer,s but was able to do more, housework today. and eye sight is clearer, can think straight again. smiles.

Love Lifted. by Seaopal
Dancing with the pale knight
Tears of Tiamat
We are One
SoulMate a duet by Seaopal and Marz

Permanent link to this article: https://truthofself.com/balancing-the-masculine-energies-twin-flame-reunion/