Dancing with the pale knight 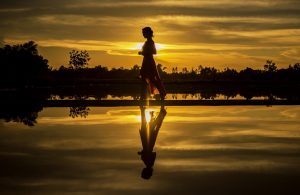 I’m always being told, to look within, never really knew what that meant.

But as I have been progressing, spiritually, I found I was able to go within, other people s energies, with permission of course. I would love floating, in their energy, and see, images, and colours, relating, to their, memories, thoughts and feelings.  As I travelled, I would see the colours, of their chakras, and cleanse, if needed.
I have seen, Universes, and strange Galaxy’s, kingdoms, with castles. Space ships. and planets. Even, gods and goddesses. I came face to face with Thoth, once, he didn’t look to pleased, with me, as I had got lost within, a friend, and swam to deep into his energy. Finding, Thoth working, with his soul.
I have now realized, that the gods, goddesses, angels, can move their energies about from person to person, and have experienced my own twinflames energy, in different people. Only for a short time, while they help with the needed lesson, of course, most energies, will work within a soul, with permission and agreement, with that soul. Even if the said soul, person, doesn’t realize it. Then when the work, mission, is completed, the energy moves on, and that person, only has a vague memory of the meeting, mission, or friendship.
Having learnt, this through experience, I was really surprised, one evening, when my own husband, on a Saturday night, after consuming severel lagers, came and grinned in my face, trying to get my attention, and looking me in the eyes. Unused, to this behaviour, I wasn’t sure what to make of him. Then, even more to my surprise, as he was staring into my eyes, he told me, that he could see rooms, within me, empty rooms, and that within the empty rooms, were boxes, with puzzles inside. Puzzles of me.

Hmm, this was deep for him, wasn’t like him, at all, and I saw, in the light in his eyes, felt, my twinflames, energy, ekk, nooooo, smiles, not my own, husband surely, being my twinflame.   Well that energy, only lasted for the evening. Sigh of relief. He was back to his normal, self the next, day. And hasn’t spoken, of anything like that since.A few weeks, later, I was talking to a friend, and they too, started to tell me, “to look within”, and complete, my puzzle.  So finally, getting the message, two days ago, I meditated and concentrated, on  going within.

A few months, ago, I had attempted to go within, but all I had found, was a deep sea, a beautiful, blue/green. And nothing else, so had then, forgotten it, as I didn’t think, I had anything, within, to find.

So this attempt, I dived, into my sea, within, seeing the beautiful blue/greens, the yellow lights, filtering, through, like sunlight, shining, through the water.

As I swum, deeper, down, it was getting darker, murkier, so using, my own, light, I lit a finger, and used, like a torch, to light, my path.

I came across, ruins, Atlantis, I thought. As I swam, amongst the ruins, memories flooding, back. I came across a step pyramid, like those in central america. Finding, the entrance, I swam, into the darkness, of the pyramid, finding, an empty room,  in the middle of the room, was a plinth, with a box, so curiously, opening, the box, I found inside, a puzzle, holes and crystal wands, laying next to the holes,   so I placed, all the wands, into the holes, and as I completed the puzzle, making  the shape, of the kabala, tree of life,  it was activated, the room, lit up, and a beam, of light, shot up, and out the top of the pyramid.

I swam out, of the pyramid, and into the darkness, of myself, shining my finger torch, and found, a solid wall, covered in hieroglyphs , feeling about the wall, looking for the symbols to open, a secret door, I saw, the kabala, tree of life, with indentations, so inserted three fingers into the lower triangle,   and a doorway, slid open.  So I swam, through into another darkened room. Again, in the middle of the room, was a plinth with a box on it, and in the box, the same uncompleted puzzle, so inserting, the crystals wands into the holes, I completed the kabala, tree of life, symbol, again, activating, it. And  filling the room, with bright white light, and a beam, shooting, up from the box.

I continued, my journey, and swam, further into myself, through the darkness, and came across, a hill like a  Tor, Avalon I thought.     I found the entrance to the cave under the tor, again, a dark room, with a box, so fixing the puzzle, crystals, in place, the same thing, happened, activating, a white light beam.  I swam out, and finished, my meditation, amazed at myself, for what I had experienced, but pleased.  The experience, was like something, out of a movie, was in full colour to, smiles. Indiana jones eat your heart out, lol.

Well today, I thought id best try again, to see if I have more rooms, to access, within, myself, so relaxing, I went into my meditation. My first room, was a treasure room, at the bottom, of the sea, was a pile of treasure, gold and gems, on top of which, was a body, bound and in a sack, the brittle bones, and skull, were, I felt my own. Shivering, with a memory, of being thrown, into the sea, bound with lead weights tied around, me.

Moving the body out of the way, carefully, it floated, to the sand. As I rummaged through the treasure,  I  found, an amethyst crystal skull. Picking it up I looked into its empty eye sockets, which lit up, and a beam, of light, shot, out, and touched my third eye, feeling, physically, my third eye, area, numb and tingling. I replaced, the skull, and swam, on.

This time, was seeing a difference, a  red haze, as I was travelling through my own, chakras, I could see my spine, like a blue xray, and as I went deeper into my root, I could see a dark, line, like a chasm opening up, so I swam, into the dark chasm, turning, my finger torch on, wondering, where I was going and what I would see, deep in the chasm, I swam, into, a corridor, and had the image of Horus, looking into my eyes, like a sepia, hologram. Passing, Horus, and wondering, if he was working, within me, I  then, saw a blue baboon, sitting, in on a shelf, in the corridor wall, thinking to myself as I passed him, hmm, wonder if that’s a representation, of Thoth, and thinking I will google, blue baboons later.  As I swam, down the corridor, it  looked more and more, like a medieval abbey, with high ceilings, and ornate carvings, at the distant end of the abbey’s corridor, I could see stained glass windows, I came to a halt at the stained glass windows, and there was, a tomb, removing the lid, inside, was a templer knight, in armour still, though his head a skull, and hands brittle bones, he had a silver ring, on his index, finger, with a dragon image on. I removed, the ring, carefully, and a tunnel opened, up, under the tomb.  I swam, down, into the dark, tunnel, lighting my way , and came into a room, in the room, was an open tomb,  inside, was Mary,  on a plinth, nearby, was the chalice, glowing,  nearby, a stream, of trickling water, so I took the chalice, and filled it with water, and drank. Immediately, the figure of Mary, got up out of the tomb. So surprised, I came out of my meditation, smiles.

Well to many films, you may say, smiles, or a very vivid imagination. Or maybe truly my memories, ancestral memories,   of past times. Either way, makes a good story, and adventure.

My 6th room, again was very different, and hard to explain, the sea, had more light shining within, it, the rays of white light filtering, through.  So I dived down, deeper. But as I was going deeper, it was getting, misty, like cotton wool clouds, hazy muaves, and blues, and colder , I even sneezed, physically.  I was getting so cold,then I saw an eagles eye looking at me, I thought Zeus,  I swam, down, and entered a blue white tunnel, like a tube tunnel, it had a strip of light on the ceiling of the round tunnel, was so long, I started to feel claustrophobic, and could’ nt see the end of it, but just as I was thinking of coming out of the meditation, I saw, a dark circle, as I came to the end of the tunnel, and entered into a dark, room, trying to adjust my eyes, after the, light of the tunnel.  I lit my finger, torch and shone it around, gradually, seeing, purple shapes, in the darkness, as the room, got lighter, I saw vague misty, shapes, of thrones, with people sitting on them, the room, was a misty, mauve, white and blue, felt like I was in cold water. Icy, no one was moving, so I floated past the throne,s , think, was about 6 in a row. Then, turned down, a white corridor, and saw a large white, bed, was then, that I could feel something moving, in my sacral, chakra belly, area, and realised I was in that area, of my bodys energy.  Then to my horror, I saw a um, naked, woman, on the bed and entered her, through her… um,… root chakra, o.o  swimming, into her womb were I rested, feeling safe and serene. Was a wonderful feeling, felt pure love.  I floated there for a time, and felt like I was growing,  I looked at myself, and saw, I was a foetus.   But I felt was time to leave, and squeezed out of the woman, felt like I was choking.    Realising, that I had just rebirthed myself. Not sure who the woman, was, after I had left her I had no feelings of love, for her  and felt detached.    And then I came out of my meditation. ~ Seaopal 2012

Permanent link to this article: https://truthofself.com/book-of-puzzles/

Truth of Self › Forums › Book of puzzles